A house lift to dig down is another option to increase more space for your home within your existing home’s footprint – just like this Vancouver character home!

TQ Construction raised this two-and-a half story wood framed house in Vancouver. This house lift allows us to upgrade from the original field-stone foundation to a modern, insulated one, achieve a higher ceiling height for the basement and allows the house to move within the same lot.

Raising this house required extensive prep work and various professionals before, during and after the lift.

TQ’s crew fully gutted the basement down to the studs. We knocked out the front and back sections where the steel beams would run through and hold up the house. At the existing foundation, our crew diligently dug out 4 holes for the timber cribs to stand. To achieve the new desired ceiling height, the crew had to precisely dig down to that specific depth. Zebiak House Raising, the designated professionals helped with the heavy lifting! Timber cribs (resembling Jenga towers) were built in the dugouts underneath the house to take the load in place of the old posts. Zebiak’s machine slid under the house to raise the house so we could replace the concrete slab and existing foundation. Two longitudinal W14 steel beams were run through the house; making contact on the cribs.

Multiple hydraulic jacks were placed on the cribs. Each time the house was raised, timber was stacked, and then they moved the jacks up with the cribs. It was repeated until the relevant height was reached.

Then the excavator cleared the old concrete slab posts and over 4 feet of dirt all around the house.

What you see now is the house standing on 2 longitudinal W14 beams supported on four 4’x4’ timber cribs.

Next steps: build the new foundation and remove the beams!

email
TQ has improved lifestyle through home renovation in hundreds of homes across Greater Vancouver. We are a family operated and service oriented company with 30 years of success throughout the lower mainland. If you are looking for a friendly team of people with decades of experience, who value quality above all else, we can't wait to design and build your home!

I'm ready to get started! 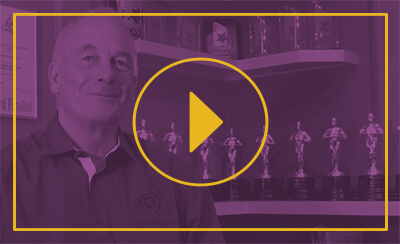 Watch: See How We Care

Get TQ's Newsletter for Vancouver Renovation Advice, Signature Events and Special Offers!
Request a Complimentary ConsultationTell us your home story